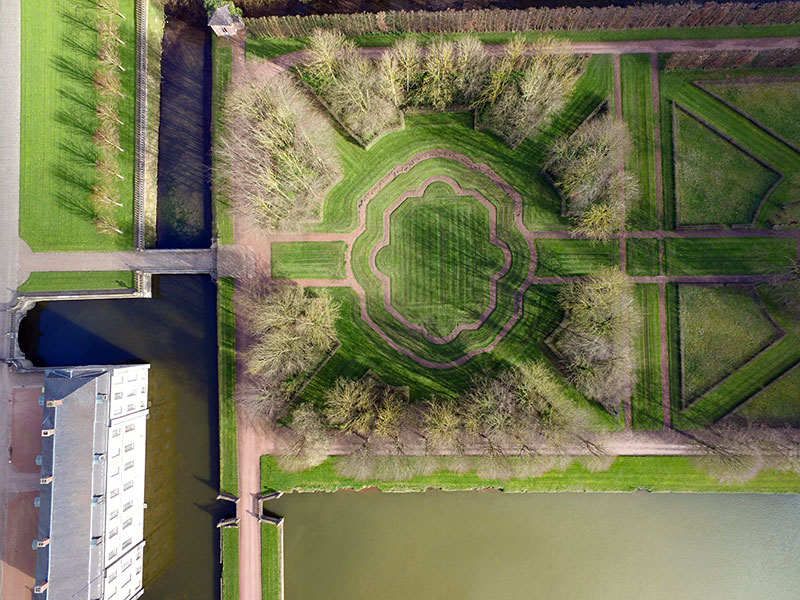 The Boulingrin, a distortion of the English word “bowling green”, witch was used as a theatre and where many plays were produced in the time of the Marshal.

The field of roses 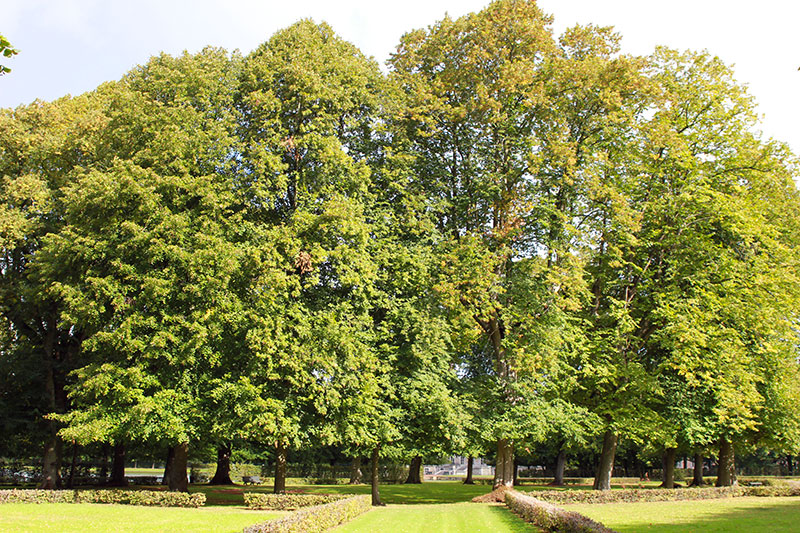 The field of roses thus named because it contained the first rose trees of Bengal introduced into our country. Currently in restoration.

The “Doyen entrance” is a 600 m long way where the arbors are 6 m high. The name comes from the fact that the dean of Beloeil use to walk along this way reading his prayer book.

The fishes have unfortunately disappeared due to the appetite of herons and other birds of prey. 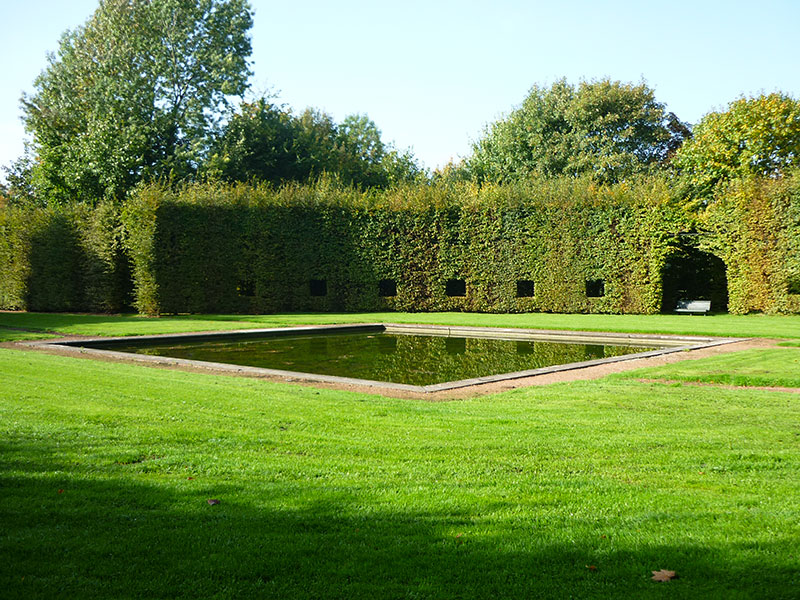 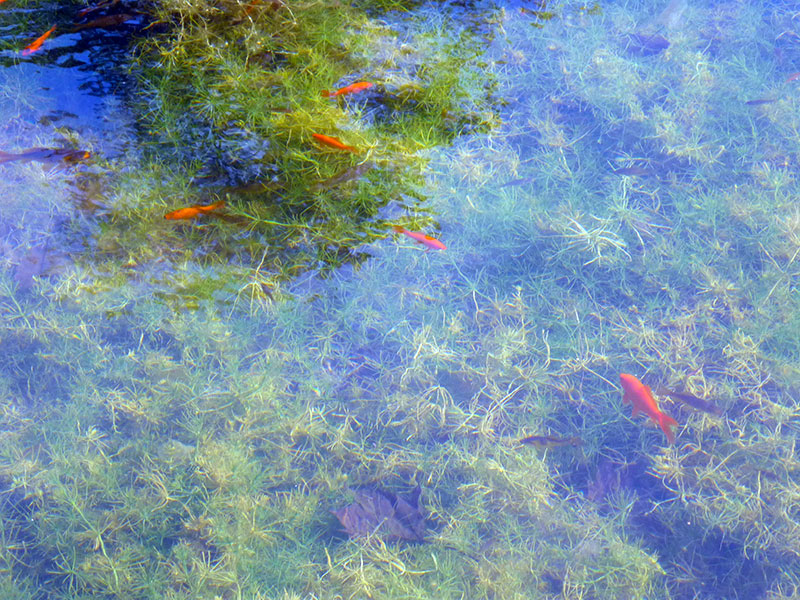 A little rustic folly laid out by Prince Charles-Joseph in his father’s park in the second half of the 18th century. 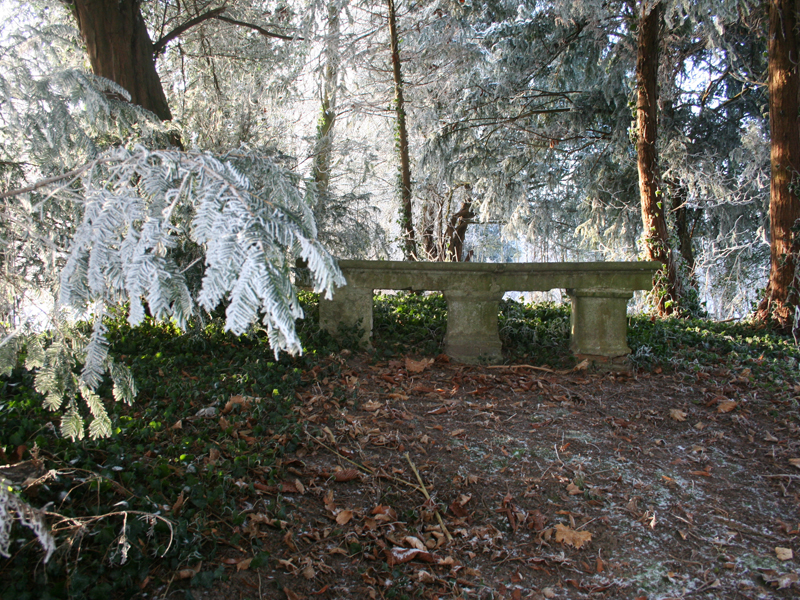 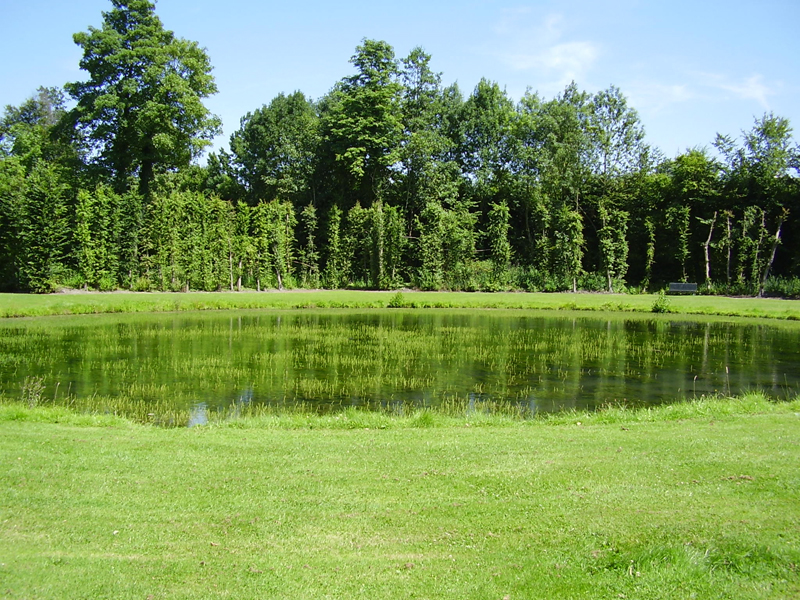 The oval Lake takes its name from its shape, it has its own spring and only freezes in very cold weather.  It is a haven for non migrant ducks. 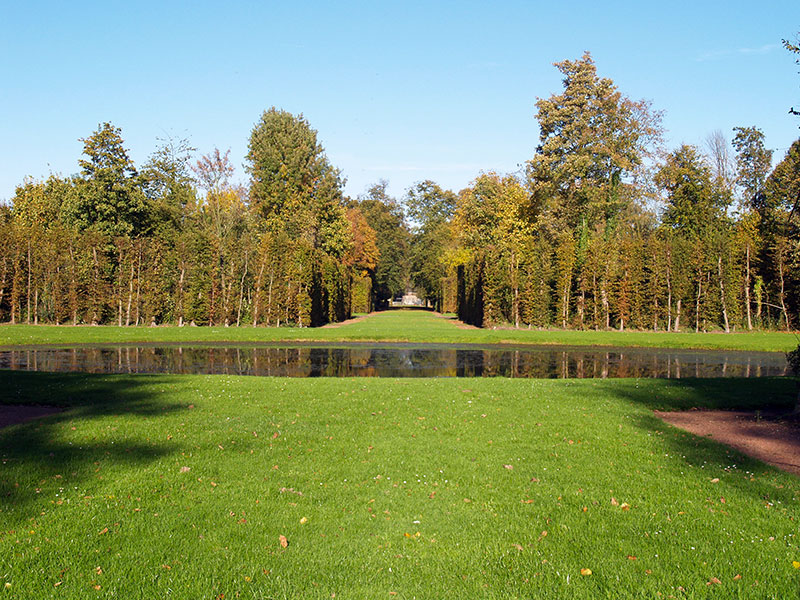 These basins was formerly bordered of very low hedges. 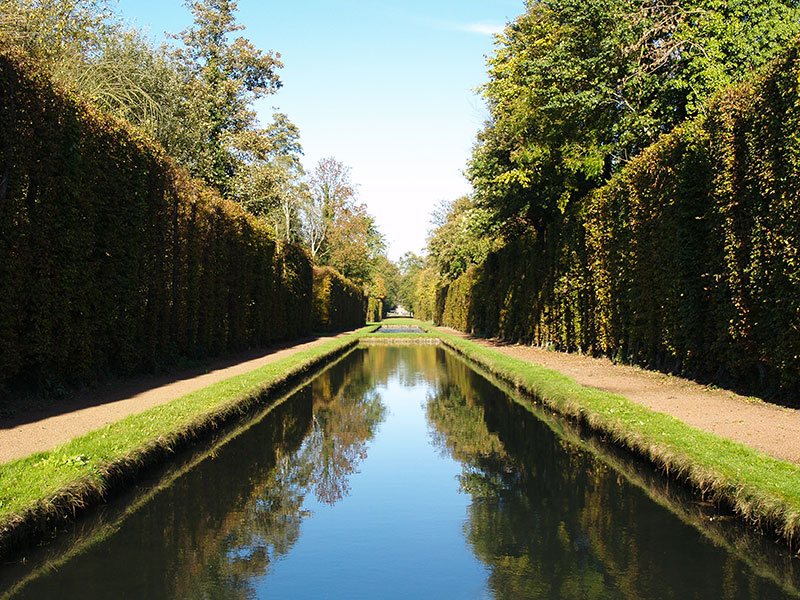 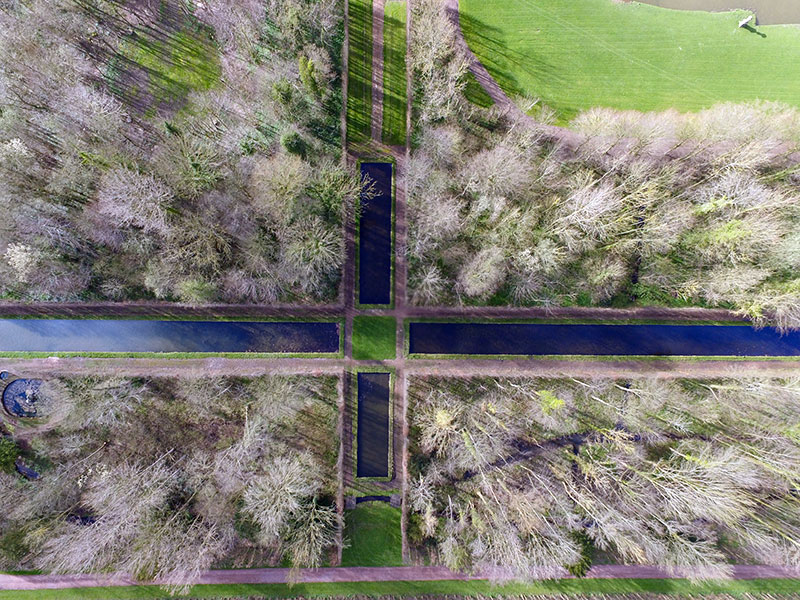 With force of persévérence, prince Antoine could go up them to two thirds of the broadness of outlook, according to the gun of Dezaillier d’ Argenville, architect of gardens of the 17th century.

Three springs feed the Mirrors and the Rieu d’Amour.  In the smallest, one can see how clear, transparent and limpid the water is.  Legend has it that if you throw a coin, make a wish and bubbles rise, your wish will come true. 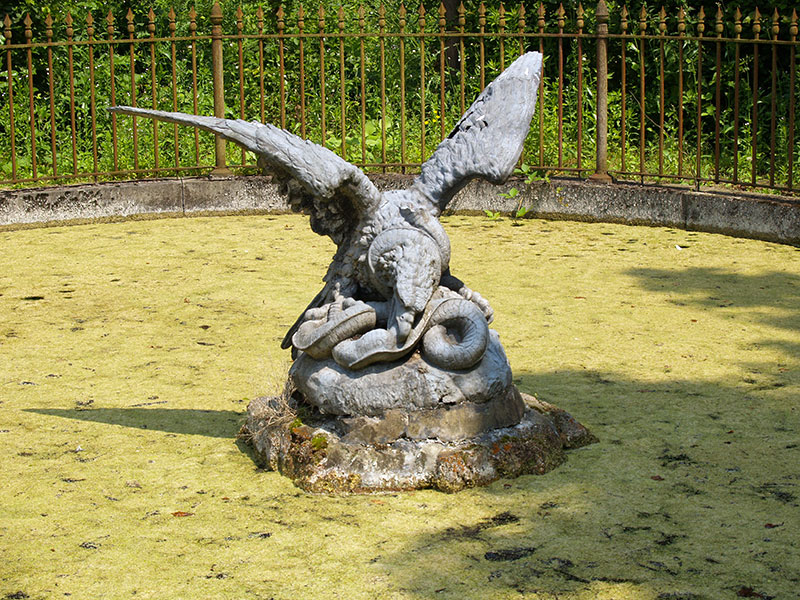 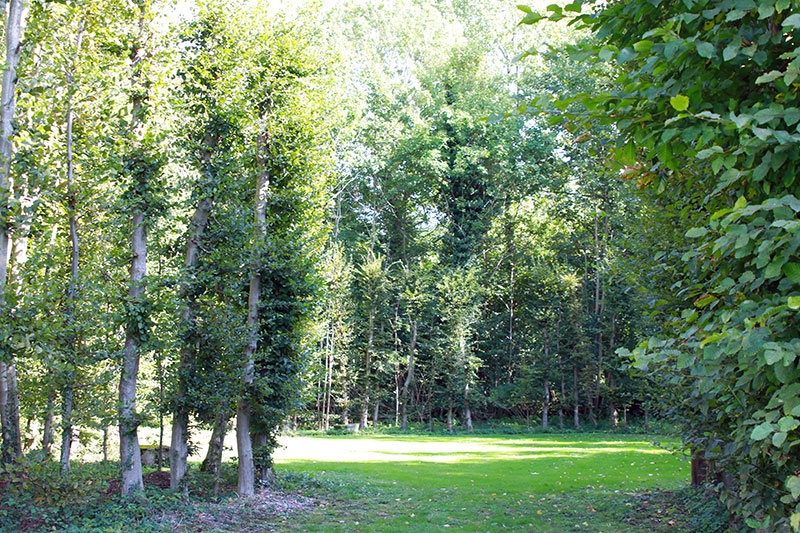 The swing bridge of witch one can see the remnants, was the main entrance to the property. 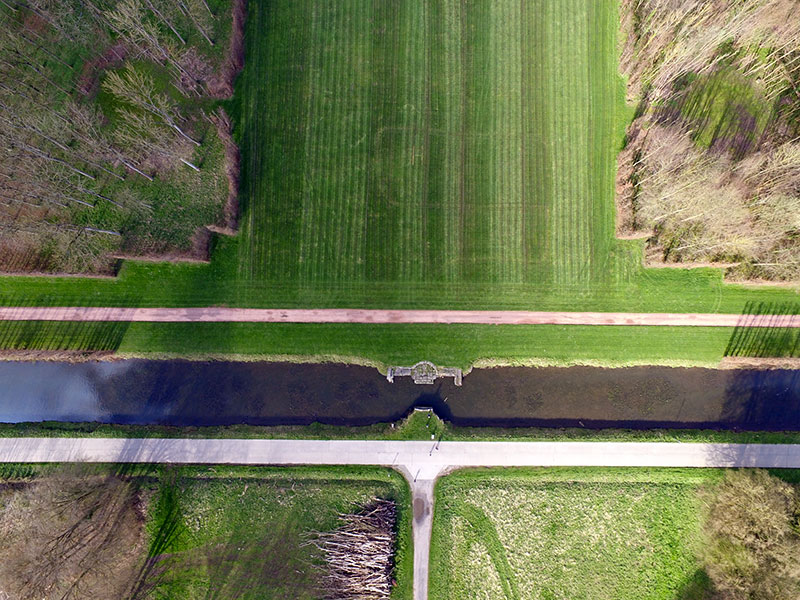 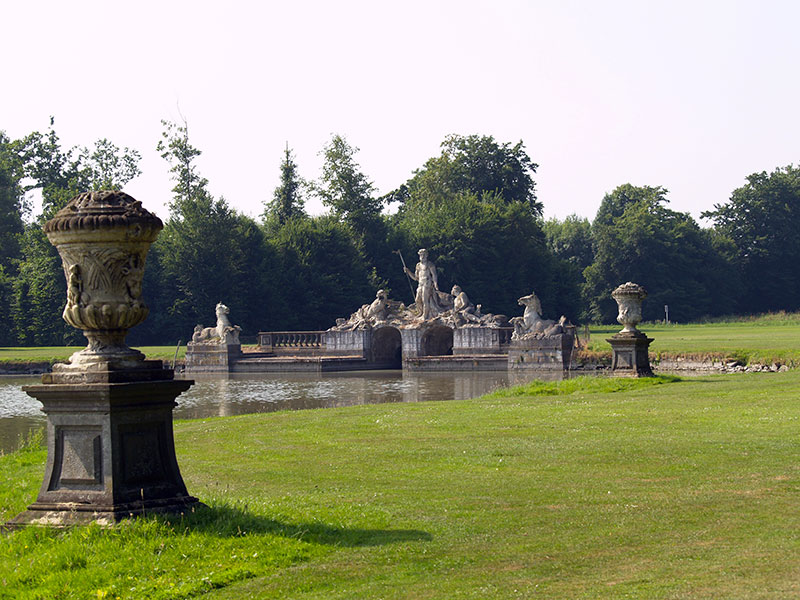 The Prince Claude-Lamoral II addresses, in 1742, in Adrien Henrion, sculptor trained by Pigale, to decorate the head of the water part by the group of Neptune, Eole and Aquillon. 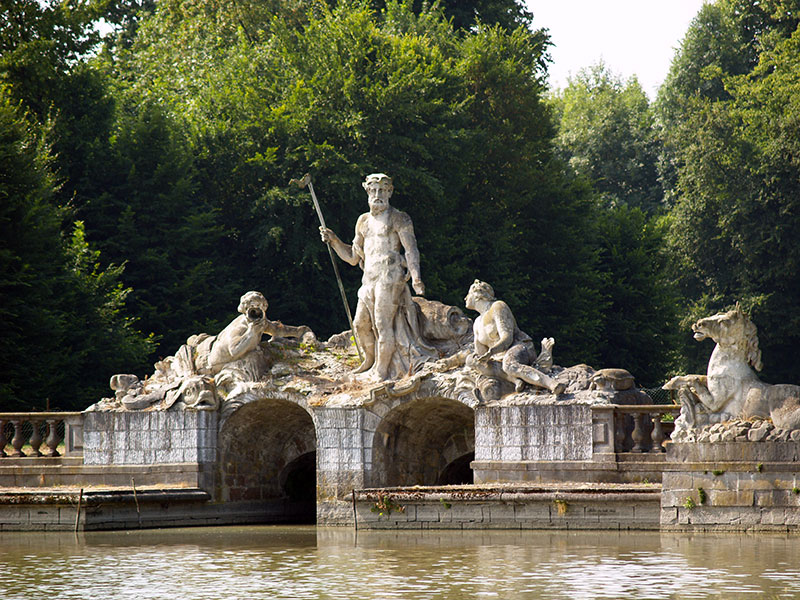 The beech quincunx which stood here prior to World War II was, blown down in a storm in 1942 with many other beech trees. 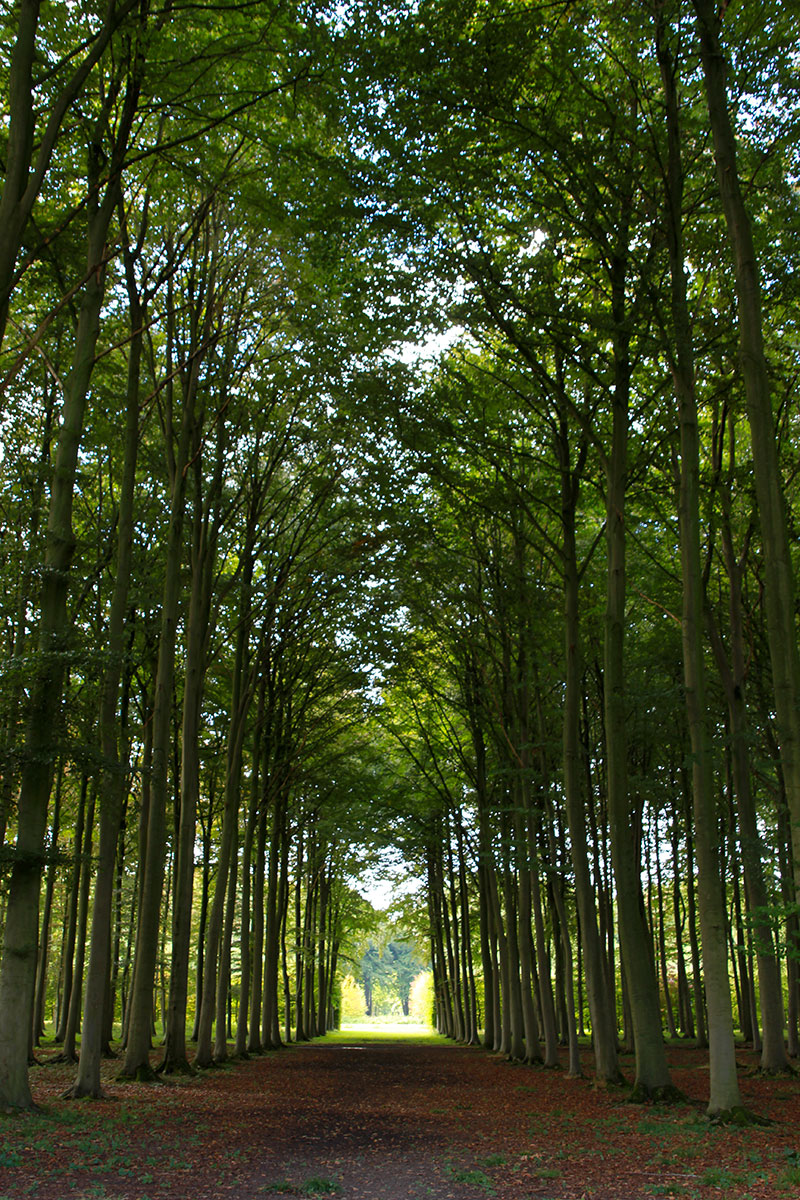 The copper beeches were replanted by Prince Eugène on the same design between 1948 and 1950. 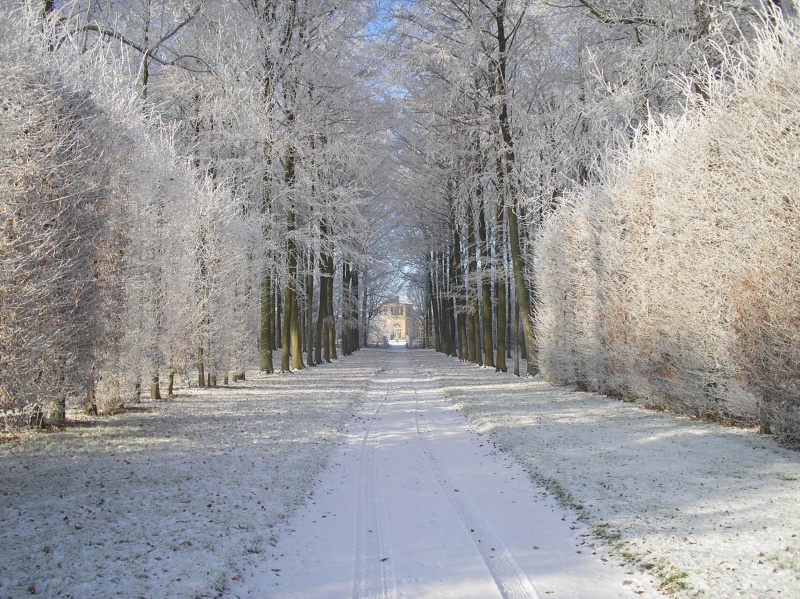 The Mall, with its oak trees on each side, (planted in 1906) has a central canal which is fed by water draining from the forest. This is then siphoned under the road and canal to bring water to the three ponds situated on this side. 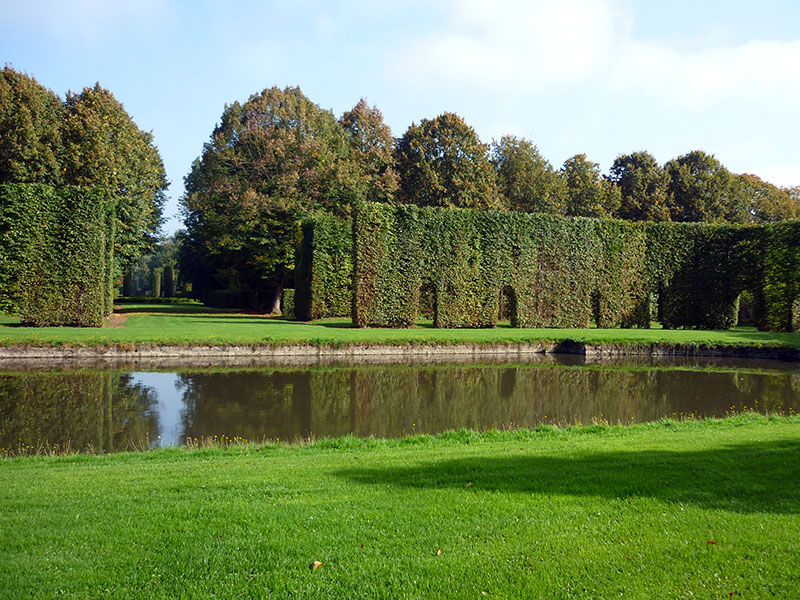 “The cloister”, one of the most charming corners of the park, is surrounded of two lines of hedges pointing out the cloisters surrounding the gardens of abbeys.

As of the end of the 18th century, in the northern part of the basin, two levels of depth made it possible the injuries to bathe there. 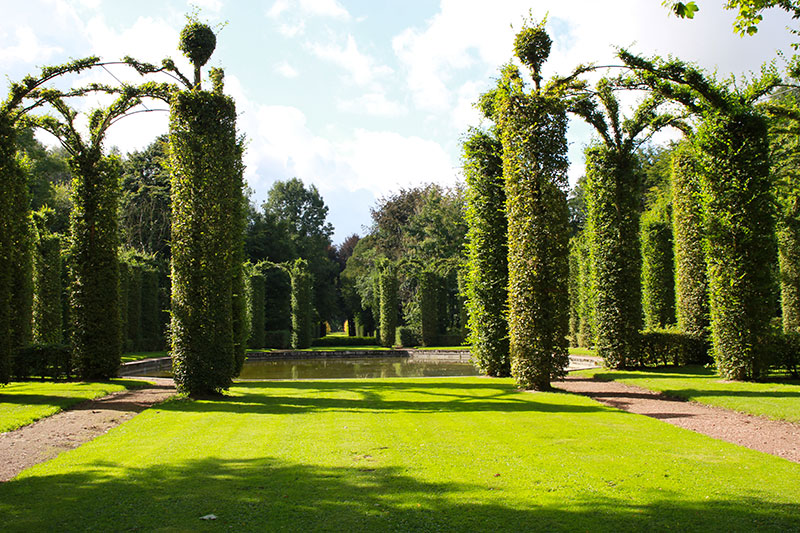 The European year of the Parks and Jardins of 1993 allowed the restoration of the “basin of the Injuries” with the assistance of the Walloon Area. 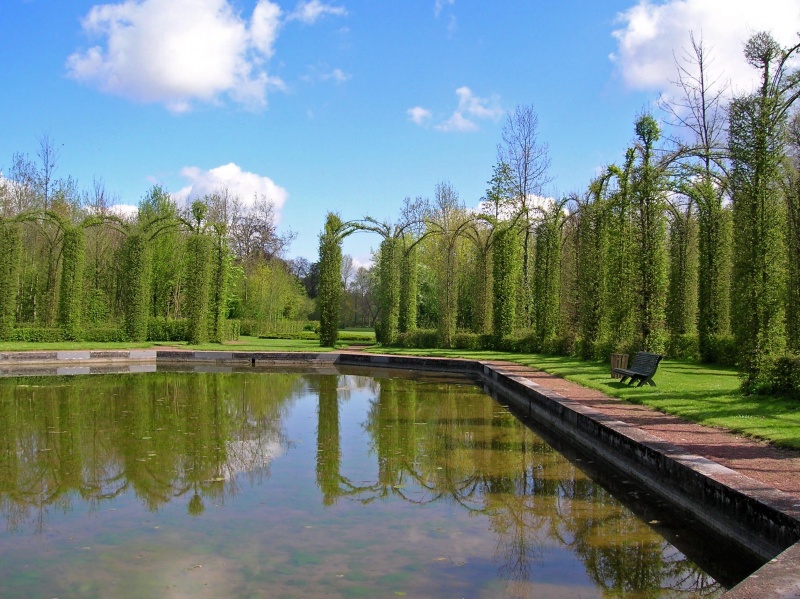 Prince Antoine of Line in renewed the hedges.

Until approximately 1925, one sawed the ice there to preserve it in a refrigerator located beyond the kitchen garden, under a large hillock. 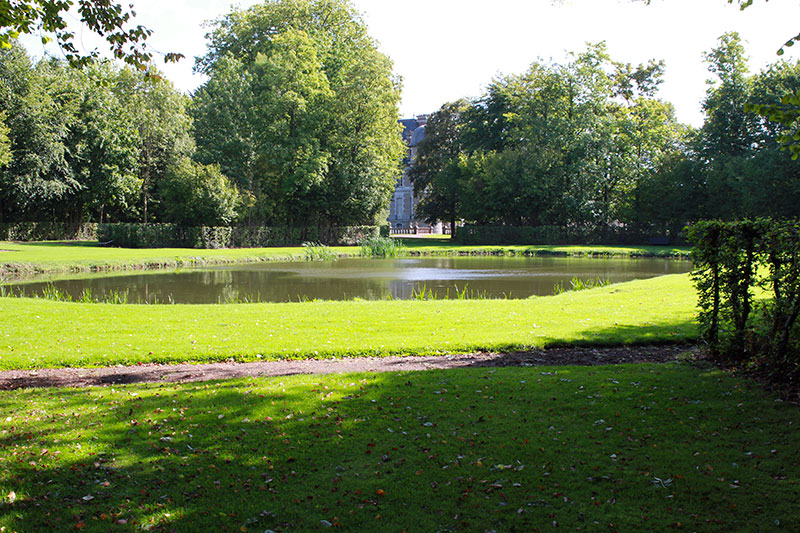 This ice could still be used in full summer.

The Deer park, is a private area. It contains the Prince Charles obelisk, Bélanger’s temple of Morpheus and the island of Flora, which is shaped like a clover leaf. 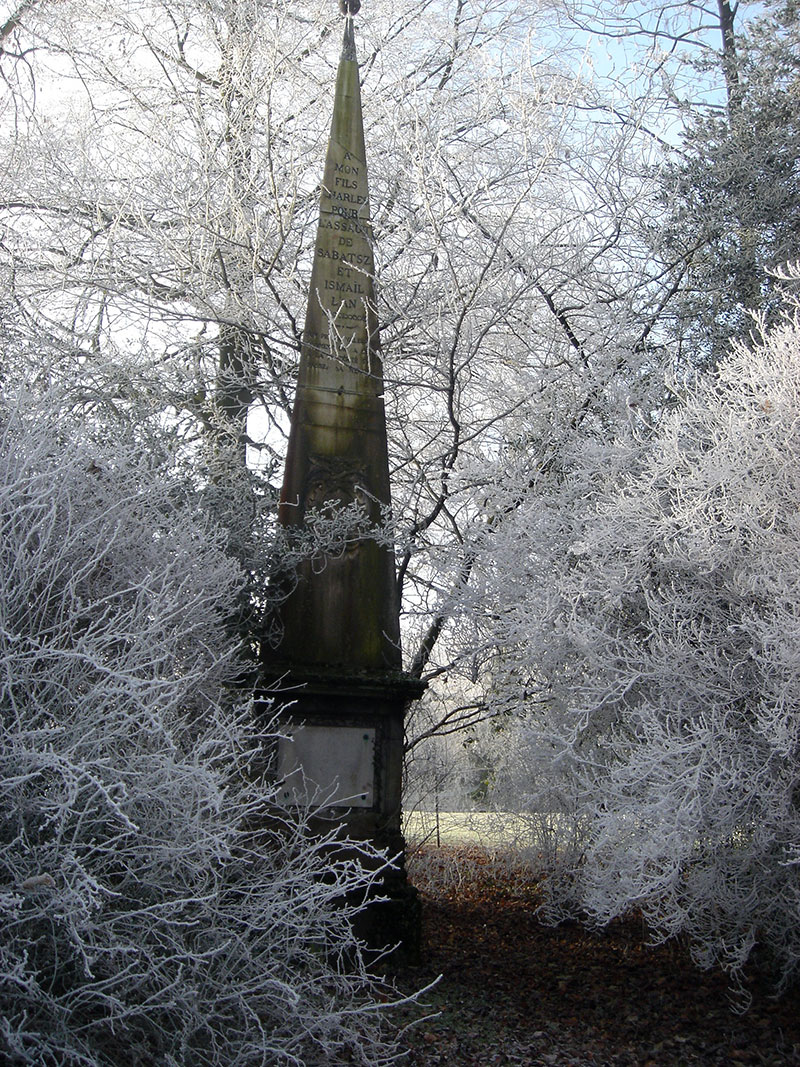 “The Ruin” is very characteristic of the gardens of the romantic time. It points out certain elements of the Roman villas and was built at the end of the 18th century. It is in the private park. 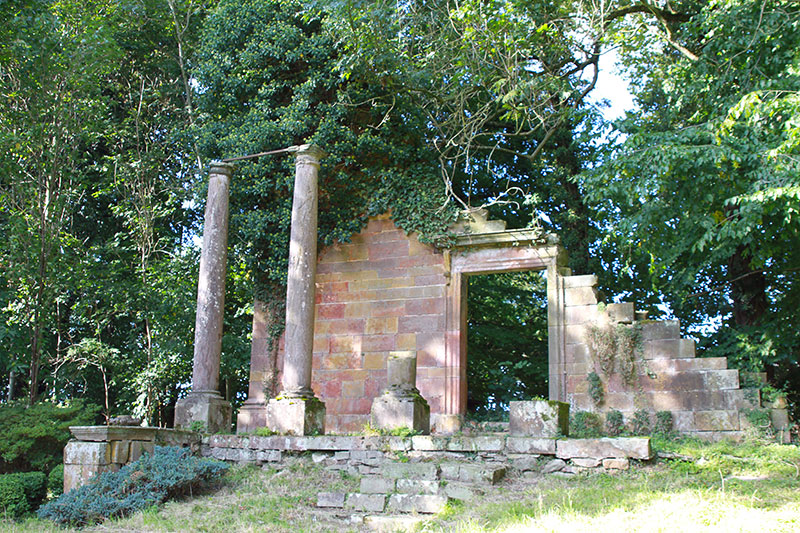 Located in the kitchen garden, the Temple of Pomone – Roman goddess of the gardens – is charming a small house (18th Century) that one sees by the transverse axes of the park and the Orangery. 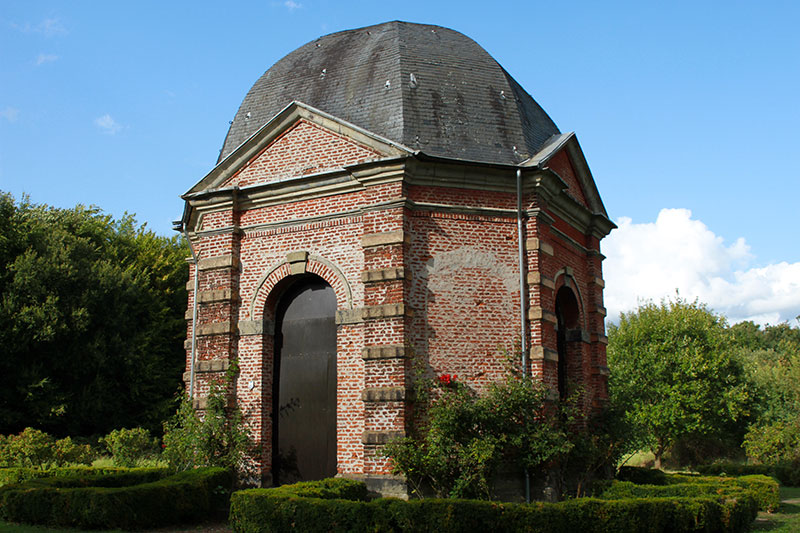 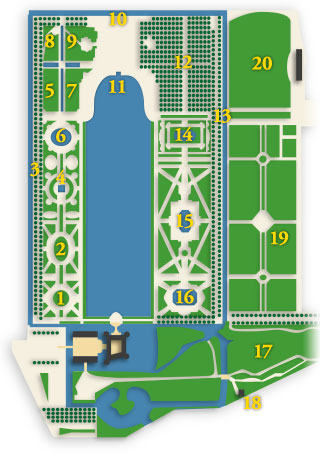